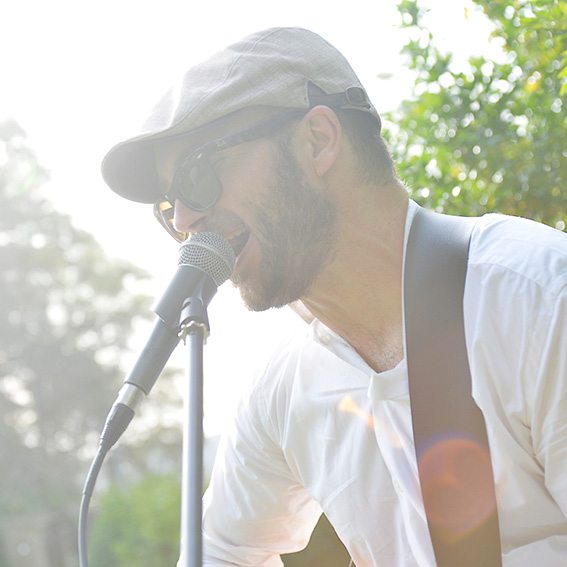 Troy Henderson has been performing, recording and touring for over 20 years and has built a solid reputation as a a quality, professional and versatile act. A proficient guitarist, bass player, drummer, pianist and vocalist, Troy is in constant demand for session and live work in Canberra, Sydney and surrounds.

Troy is available solo or duo for your next function or special event and has a diverse set list that spans genres and decades.

As a solo artist Troy performs with acoustic guitar, drums, harmonica and various other electronic gadgetry – a unique combination that is sure to add an element of excitement and entertainment to your next event – not to mention get any room up and dancing!

When appearing as a duo, Troy adds a drummer or second guitarist to the mix, adding a fuller sound to his already polished act.

A professional in his field, it’s Troy’s experience and well honed talent that brings together a polished, entertaining and contemporary show. Showcasing real sounds and a driving beat, Troy can tailor his show to suit your event and is guaranteed to get any room pumping!

Troy has played some of the states most prominent venues including the Sydney Opera House, Star City and the State Theatre and has supported some of the country’s biggest bands including The Whitlams, Jet, Human Nature, Diesel and Missy Higgins to name just a few. He has also contributed to the recordings and songwriting projects of numerous local artists.

“Troy added a friendly & personal touch to our wedding. His version of “Somewhere Over The Rainbow” during our ceremony left all in attendance spellbound. A truly professional & gifted musician!”
Ben & Victoria – Linton Gardens, Central Coast

“You were brilliant! You made the wedding feel both light-hearted and heartfelt, which was what we were after. You made our wedding very special for us.”
Nang & Paveena – Old Parliament House, Canberra

“We had a wonderful wedding day. From many tears of joy at the ceremony when you sang “I’m Yours”, to busting out the moves to your great variety of music. It made our day knowing that our guests were having so much fun!”
Corinne & Anthony – On The Pier, Batemans Bay