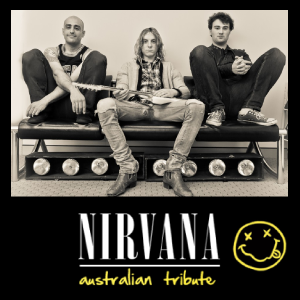 About The Australian Nirvana Tribute

A Sydney based Show set up in tribute to the LIVE performances of Nirvana.

The Australian Nirvana Tribute delivers a high energy show, reproducing not only the sounds of Nirvana, but the onstage antics, images and costumes.

Performing all the Worldwide hits such as, ‘Smells like teen spirit’, ‘Come as you are”, ‘Heart Shaped Box’, ‘On a Plain‘, ‘Lithium’, ‘In Bloom’, ‘All Apologies’, ‘Pennyroyal tea’, ‘Sliver’ and so much more.