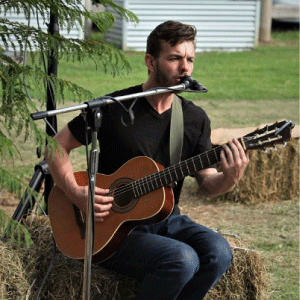 Gareth Jay is an acoustic blues and indie musician. Originally from Bathurst, NSW, Gareth attributes his love for music to his family and growing up singing together.

Gareth has developed his original music through recording and performance. Finding himself most at home in blues music, he takes influence and technique from Jazz, Classical, Pop, R&B and Indie music.

Gareth is experienced in performing covers and originals in restaurants, pubs, and clubs and has residencies at The Stoned Crow Crows Nest, UTS Loft Bar Ultimo & Abattoir Blues Cafe Sydney Olympic Park. Deriving his influences from some of the greats including Albert King, Elliott Smith, Donovan, Carol King, The Beatles, and Dr John. His original music falls in a spectrum of styles each with a true honesty ringing through the songs.