Lozz and her trio (named after her ginger coloured hair) have been making waves in the Sydney live music scene.

“Lozz is a real entertainer on stage. She is the centre of attention, driving the band from behind the drums with leadership and great panache, as well as singing flawlessly and entertaining the dancing crowd in her energetic and unique way.” Jim Moginie, Midnight Oil

In the past That Red Head has supported The Snowdroppers, Gay Paris, Papa Pilko and the Binrats, Jesse Redwing and Slim Jim Phantom (The Stray Cats). After playing in bands like Urthboy, Pat Capocci, The Drey Rollan Band, Hedgefund & Sirens Big Band, Lozz is now focused on creating heavy blues and rockabilly music with her band.

Lets have a Party

On the Road Again

You Never Can Tell

Your Looking at Country 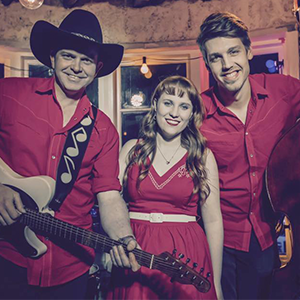