A place for happy feet is guaranteed when you are at a gig with Pink Cadillac, based on the Central Coast of NSW, Pink Cadillac has been on the music scene for many years and has a large following of dancers who enjoy the sound of these highly talented band.

Collectively Chris, Liz, John, Ken and Steve have many, many years of experience in the entertainment arena and will entrain you with hits from the 40’s 50’s 60’s and 70’s.

Chris  – has been an accomplished performer since the age of 16 in the music industry. He has performed in 50’s & 60’s rock n roll bands, country and resident cabaret club bands. Chris has successfully entertained a wide variety of club audiences around NSW.

Chris has been support acts for Col Joye, Sandy Scott, Little Patty and many more.

A highlight of his performance is a tribute to those fabulous classic Instrumental groups of the 60’s, The Shadows, Atlantics, The Ventures and many more.

Chris has  won multiple Country Music Awards and is also the recipient of the prestigious 2016 Best Solo of the year ‘MO’ Award.

Liz-  has been singing since the age of three. She learnt to play the ukulele at an early age. As a child her favourite pastime was spending Sunday afternoons sitting under an old willow tree playing the ukulele while her Dad played the harmonica. She is an accomplished poet and song writer. Liz has entertained audiences with her jovial personality and true country rock sound in places stretching from Taree, Gloucester, Tamworth, The Central Coast, Sydney and also in Darwin

Steve – has been hitting the skins for over 30 years, serving his apprenticeship playing the rockers of the 70’s on cruise ships and cabaret shows

Steve has the rhythm mastery that forms the all that important back beat.

Steve will entertain you during our breaks with his unique DJ style. We don’t just do back ground music like most band Steve has the dance floor full with dancers enjoying his upbeat “Get on the floor and Boogie” style of music.

Ken Foote – Bass/Vocals
Ken is one of this countries most talented and respected musicians and vocalist.
Ken has been part of the success behind Ian B MaCleod, the Patsy Cline and Slim Whitman Show, the Rock Around The Country Show just to name a few.
Ken also appears with Just JoKen (Duo) and Footloose (Country Band)

John Worth – Keyboard/Vocals
From classical piano beginnings at 10 years of age, through to classical studies at the Newcastle Conservatorium and winner of the Steel City Country Music Clubs ‘”King of Country” award, John’s musical experience is diverse and extensive. In the last 8 years performing over 400 gigs as half of the duos Tru Grit (Country), Upbeat (dance music duo with Vivian Sabarre – international performer and founding member of the popular Hunter Valley duo “Talk of the Town”, RockBack (contemporary rock) and Blue Suede Rockers (retro rock), Santana Magic (Santana tribute band with 5 time Mo Award Winner Wayne Davison and the Burgess Brothers formerly of the Masters’ Apprentices), John is now proud to be part of Pink Cadillac Dance Band providing keyboards and vocals.

With a selection well over 1,700 songs to choose from you are ensured a variety will be performed to keep you entertained and the dance floor full. 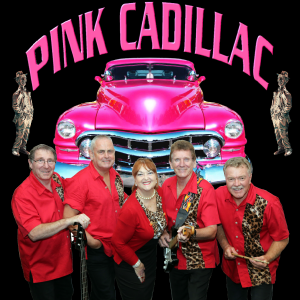