Niamh Watson (pronounced Neeve) is a very versatile and accomplished singer and guitarist from the Central Coast, NSW. At only thirteen years old, Niamh has already firmly established herself on the local live music scene.

Originally from Scotland, Niamh arrived in Australia when she was just six and loves living on the Coast. In one of her favourite covers, Niamh sings “This is the Only Place for me” and she thinks of the Central Coast as she sings.

Niamh’s vocal abilities and musicianship suggest that she is older than her years and her audiences are often surprised at her young age. A regular performer at café’s, hotels, markets and charity events across the Central Coast, Niamh truly loves performing.

Niamh’s musical influences include Adele, Ed Sheeran and Kimbra. With a repertoire which includes both modern and classic covers – all with her own twist, Niamh has a wide ranging appeal. 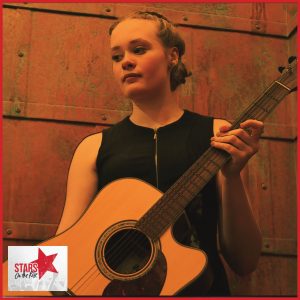