A singer, guitarist and harmonica player with a passionate and gentle spirit, Kieran’s music is a mature fusion of soul, blues, folk and country.
Raised in the tough but beautiful Hunter Valley he grew up fast. Working in an aluminium smelter at the age of fifteen he was also learning to sing while belting out Deep Purple in his bedroom on a four-track recorder. He would also spend hours on a BMX following endless bush tracks exploring and living the good life with his mates.
Glasgow inherited somewhat of a working class Scottish history. His father was a coal miner, his mother a visual artist who passed on a visual and cultural imagination he could never ignore. His parents and the longing to explore inevitably opened his mind. On a warm summer’s day in January early 1992 he gave his EK Holden a rev and left his home town to study and follow his musical passions, briefly in Goulburn NSW, then into drifters paradise, the Lismore/Byron Bay area of the Northern Rivers of NSW. During this period Glasgow played in a legendary local band called Potbelly who greatly contributed to the early 90’s rock scene which included members and encapsulated great Aussie bands such as Powderfinger and Grinspoon.
After three years of mind and musical expanding exploration in the Lismore music scene, Kieran received a calling to connect with his Celtic ancestry in the United Kingdom. As a backpacking young songwriter he explored the inside of countless Irish and Scottish pubs joining many trad sessions and enjoying the craic. After more inspiring travel throughout North Africa and Asia he moved to Sydney to write and record some of these experiences while playing in bands and recording more EP’s.
In 2007 the EP “Broad” was released with the single and video clip “Wasn’t Just The Drugs” receiving radio airplay and programming on the ABC’s Rage. It was also added to SBA Music’s “Indignation” compilation and Nightlife’s video distribution. As winner of the Vanguard Newtown Band Competition Kieran performed at the 2007 Peats Ridge Festival and the 2006 Surry Hills Festival. Kieran was also a featured vocalist on the Australian feature film “Em 4 Jay” directed by Alkinos Tsilimidos
A diverse and interesting talent, Kieran was the producer and project leader of a compilation CD entitled “Blossom” consisting of poetry, songs and storytelling from disadvantaged people around Sydney’s inner west. He has also taught vocals, guitar and band ensemble over the years in schools and colleges and is currently completing a degree in Industrial Design.
Inevitably, in the summer of 2009 Kieran released his debut album ‘Harvesting Time’. An independent dirt floor tour of Australia followed with a mammoth 180 shows across six states and capital cities throughout 2009/10. Highlights of this tour included performing at the 2009 Queenscliff Music Festival, 2009 Adelaide and Darwin Fringe Festivals, Yackandandah Folk Festival and the Tamworth Country Music Festival. These festivals and of course, breaking down several times on long dusty highways, dodging grey nomads in countless outback caravan parks and busking till his fingers bled.
Originally known for his strong song writing ability (an ISC finalist in 2012) and vocal prowess, Kieran’s focus over the last five years has been on developing his beloved 8 string lapsteel and resonator slide guitar style. Currently based in Newcastle, NSW and equally at home and experienced as a solo artist or with his band GLASGOW STEEL, Kieran’s performances are feel good, soul warming and always engaging.

“…quite a wordsmith and musician and people were so impressed with his steel guitar”
Aileen Bell –  Arts Council, Regional NSW

“a little swinger of a number, great voice, rounded mellow yet can run up the higher parts of the range while keeping it sounding strong and steady…”
Triple J Review of “Learn Those Lessons” (ISC Finalist) from the album Harvesting Time

“..capable of convincingly delivering a love song with genuine passion and that’s what you get here..”
Sydney’s Drum Media – single review of ‘Wasn’t Just The Drugs’ 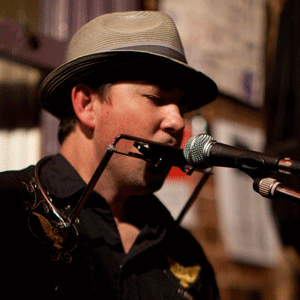