Joshua Zaia is a singer, songwriter and guitarist who despite his young age has years of experience performing across the Central Coast.  Josh enjoys performing a wide range of music from artists such as The Eagles and The Animals, through to more modern artists Paul Kelly, Kasey Chambers,  Foo Fighters,  Ed Sheerin, Red Hot Chilli Peppers and Powderfinger  – as well writing and performing original compositions.

Joshua busks at a number of Central Coast markets, and is a regular performer at a number of venues including Avoca Beach Hotel, Sounds on West, Ark Café and The Rhythm Hut. He has featured at many community functions and events, including Erina Fair Star 104.5 Summer Festival, Davistown Putt Putt Regatta, Kibble Park Winter Festival and Lighting of the Xmas Tree, and Australia Day Celebrations at Woy Woy. Whenever he plays, he entertains his audiences with his high energy and soulful renditions of his broad repertoire and original songs.

Joshua has been honoured to have won the 2015 Junior Variety Division of the Shine Talent Quest competition at Erina Fair, to be a grand-finalist in 2016 Discovered at The Hub, and most recently to have been the 2017 recipient of the Youth In Performing Arts Rotary Scholarship. He has also featured in a number of Best of Open Mic showcases at The Rhythm Hut, featured at YIPA in 2016 and 2017 and performed live on Lake Macquarie FM and ABC Radio Central Coast.

Joshua has recorded two EPs – the most recent, “Take a Chance” released in 2017, includes 5 original songs and is available on Itunes, Spotify and GooglePlay.

House of the Rising Sun – The Animals

Down Under – Men at Work 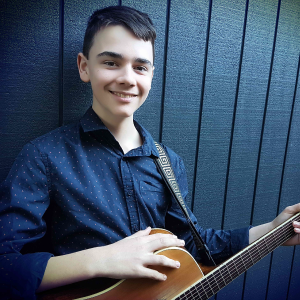