Central Coast based musician/singer-songwriter Jethro Morris has been playing guitar and songwriting since he was 5 and singing since he was 16 years old. First playing in a hard rock band called Wideview and then in a rap/rock band called Slumber Heights, he is now going solo. He records his own music, primarily made up of rock, folk, pop and blues genres and will be releasing an EP & more within the year. Jethro plays a a variety of covers and originals, always tailoring his music to the venue.

She Will Be Loved – Maroon 5

Make It Wit Chu – Queens of The Stone Age

Stay With Me – Sam Smith

Where Is My Mind? – Pixies

Fade Into You – Mazzy Star

Use Somebody – Kings of Leon

Have You Seen The Rain? – Creedance Clearwater Revival

When I Come Around – Green Day

The House of The Rising Sun – The Animals

(Sittin’ On) The Dock Of The Bay – Otis Redding

Love Me Two Times – The Doors

Gold On The Ceiling – The Black Keys

Baba O’Riley – The Who 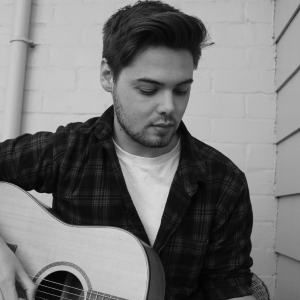