Fifty Shades of Purple – Tribute to Deep Purple. Deep Purple was one of the most popular and iconic bands of the formative Rock era of the 1960s and 1970s. Blending complex but groovy song-writing with powerhouse guitar playing, lyrical and aggressive vocals and one of the most dynamic rhythm sections the genre ever produced, Deep Purple’s legendary status is one of the most enduring in rock history.

Fifty Shades of Purple was conceived to perform the greatest hits of Deep Purple with a unique angle! They have chosen to faithfully interpret the music using one of the great female rock singers coming out of Sydney. Fifty Shades is indeed a new experience: inclusive, engaging and always entertaining.

Fifty Shades of Purple presents a show that is high fidelity, high excitement and a hell of a lot of fun for those who were there, those who wanted to be there and those who just want the ultimate Rock experience.

Ms Kasey on vocals and harmonica: A dedicated fan of Ronnie James Dio, Kas started out singing the entire Heaven and Hell album in all 13 keys and has recently made an album singing both parts of the LP ‘Nana Maskouri Does Demis Rousos’ backed by the Death Metal Ukulele Ensemble.

Glenn Ford on organ and keyboards: A great admirer of the upright organ (which he plays horizontally), he can be found banging away on it backstage usually. His rendition of the entire Hooked on Bach album (c. 1985) is legendary in his playing the tuba parts with his feet while asleep.

Marc Zovaro on guitar: Wears mirror glasses with the mirrors on the inside. Plays some guitar when not admiring the view. Barely survived the great Marshall stack disaster of ‘76. Known as a skilled guitar tech, he sometimes confuses arpeggios with spaghettios.

Brendon Venner on drums: Inspired to be a musician after being exposed the other-worldly charm and subtle stylings of ‘Barking Beatles.’ Unfortunately he was found to possess no musical talent whatsoever, so he became a drummer instead.

Paul Leventhal on bass: Began his musical journey as a guitarist in the early ‘80’s. Unfortunately a life-threatening lycra allergy cut short a promising career. Following several years of painful treatment, he emerged as a blues bassist, which was just as well as in the intervening time he had also contracted a chronic case of cranial alopecia. 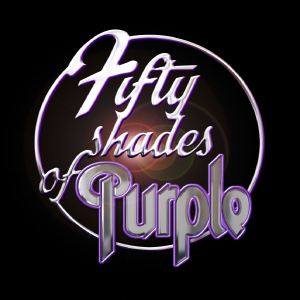