Be prepared to hear a unique twist to your favourite numbers with acoustic duo 2Funky! 2Funky’s groove is designed to entertain a wide variety of listeners of different asthetics, tastes and age.

You can guarantee they’ll spice up your night out with groovy, acoustic original renditions of the songs you expect others to try and mimic. Covering old school classics from yesteryear right through to modern numbers released this yr, sit back and take in the new original flavours they’ll throw into each song, whether it be adding a smooth seductive groove to an INXS classic, acoustifying a Michael Jackson number, adding two teaspoons more of funk to a Stevie Wonder master piece or bringing it home with an emotional Paramore ballad.

One half of 2Funky is Newcastle’s Jade Gannon, respected originals artist with a flourishing and exciting solo career including performances supporting the likes of Darryl Braithwaite & Mental As Anything. Hailed as one of Newcastle’s ‘next big things’, You can expect to see Jade performing frequently at venues where many a great artist has cut their teeth, like Lizotte’s & The Annandale Hotel.

Type either of these proven performer’s names into google and the hits speak for themselves! 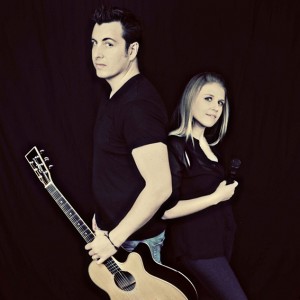