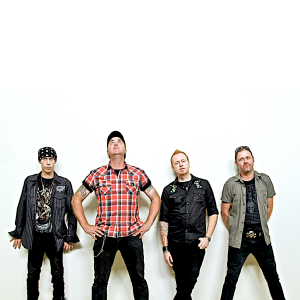 Rising from the ashes of fallen cover bands before them comes the Central Coast best covers show……The Phoenix.

The Phoenix was formed in 2007 by four local musicians with the intent of putting together a covers act to showcase the best rock music from the 70’s right up to today’s latest hits.

Clayton Johnson (Vocals), Vaughan Bridgeman (Guitar), Dave Warton (Bass) and Sonny Hinwood (Drums) are intent on giving audiences what they want…..music they know, played and performed with passion. All band members have been playing professionally for many years and have a strong focus on musicianship and performance.

The Phoenix’s impressive list of songs has been put together to fill a void currently missing in the music scene… a rock show that not only sounds great but dazzles the crowd with wild stage antics.

The band has proven themselves to be popular at numerous high profile private functions and corporate events as well as regular pub and club shows on the Central Coast and Newcastle.

The Phoenix has their own production but is also happy to work with any in-house production supplied. The band is aware of noise restrictions in certain areas and will ensure they keep well within any guidelines imposed.

The bands’ solid work ethic and strong set lists makes them ideal for pubs, clubs, parties and corporate work. Shows can be catered to suit any requirement.