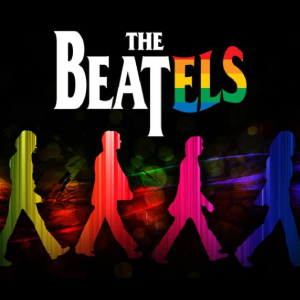 About The Beatels -Beatles Tribute Band

The Beatles have remained one of the most influential and popular groups in rock and roll history. The music of John, Paul, George and Ringo is loved by generations of music fans around the globe.

THE BEATELS were formed in 1996 – “23 years ago today” – & since that time, they have been one of the best Beatles tribute groups in the business, and the tribute group of choice for audiences around the world who love The Beatles.

Featuring Bruce Coble as “John Lennon”, Richard Bevins as “Paul McCartney”, Marcus Phelan as “George Harrison” and Neil Rankin as “Ringo Starr”, THE BEATELS perform a tribute to The Beatles that will make you feel like you’ve gone right back in time to see and hear the real thing. With a full collection of authentic “Beatle” instruments and “Beatle” costumes, their breathtaking performances will leave you singing “Yeah, Yeah, Yeah”!

Based in Sydney Australia, THE BEATELS have been thrilling audiences at home & around the world since their formation in 1996. Whether performing in theatres, clubs, classy corporate events or intimate private functions, THE BEATELS captivate audiences with their detailed and authentic recreation of the music of The Beatles. The look, the sound, the attention to detail – they have it all and more! Their “Paul” plays a classic Hofner “violin” bass just like the real McCartney, their “John” looks & sounds just like the real deal, their “George” masterfully recreates the classic Harrison vocals and guitar licks, & their “Ringo” captures the unique detail of the Beatles drumming.

Their live shows typically feature over 2 hours of Beatles hits, starting from the very early days of Beatlemania with songs like “She Loves You”, “I Wanna Hold Your Hand”, “A Hard Day’s Night” & “Help”, through the psychedelic era of Sgt Peppers, and right up to the end of their career with hits like “Come Together”, “Here Comes The Sun”, “Get Back” & of course the unforgettable “Hey Jude”. With a broad repertoire to choose from, they can play all the hits, as well as a selection of album tracks for the fans. They can even tailor a set for the occasion if requested. They sing & play the Beatles music note-for-note, with each BEATELS member singing & playing the parts their “Beatles” character played, helping them to masterfully recreate that classic “Beatles” sound and feel.

Their brilliant rendition of The Beatles has brought them acclaim, not only at home in Australia, but around the world as well. The Cavern Club in Liverpool England – the birthplace of The Beatles – invited THE BEATELS to perform 5 shows there. They’ve played with Pete Best (The Beatles first drummer), Olivia Newton-John, The Platters, The Drifters, Chubby Checker, Normie Rowe & a host of other great acts. They’ve launched cars, they’ve brought in the new year for international locations including Bangkok, Singapore & Sydney, they’ve entertained at special events in Vietnam, Bali, Malaysia, & Singapore, they’ve starred on cruise ships in China, on radio & television shows, & they’ve thrilled audiences all around the world. THE BEATELS – so close to the real thing, you won’t believe your eyes or your ears!