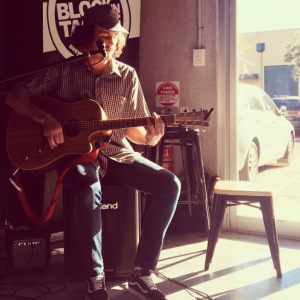 Noah Mac is a singer-songwriter based on the Central Coast. He first picked up a guitar at the age of 3 and under the guidance of his high school singing teacher, Little Pattie, Noah developed his talent and passion for music.

Growing up in a large Irish family, surrounded by music, Noah has become a one-man-band/jukebox who regularly busks at locations around the Central Coast. His well-rounded repertoire is brought to life with his guitar, loop pedal, harmonica and striking vocals. With extensive experience playing at local venues including Lizotte’s, Rhondas, Block & Tackle Brewery and The Savoy, Noah brings you rock & roll, country, folk and pub classics.

Noah has it covered from Roy Orbison to Robert Plant, Jimi Hendrix to Johnny Cash; not to mention a range of Irish favourites sure to get you on your feet. Noah’s typical set is perfect for relaxing, having a boogie or gulping down a few pints with mates.