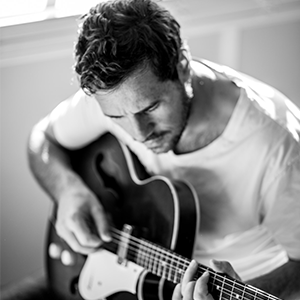 Blending the good time vibes of roots music with a love for folk/rock, it is a diverse pallet which Nieko draws from. Inspired by artists such as JJ Cale, Ryan Adams, and Neil Young, It is the song and where it takes the listener that Nieko is most interested in. Equally as inspired by the classics as he is contemporary sounds, Nieko enjoys mashing the classics with modern era artists. Having toured both nationally and internationally with his originals band Costa Rae, Nieko has played premier venues and festivals such as Peats Ridge Festival and Open arms and supported the likes of the Beautiful girls, Blue King Brown, Ash Grunwald and Jeff Lang. As singer songwriter with Costa Rae, Nieko’s songs have been played on JJJ, FBI, Rage and Max as well as featuring on several surf films.
On the solo front, Nieko has provided the soundtrack at some of Sydney’s & Australian east coast premier venues such as the iconic Manly Wharf Hotel, The Newport and Byron Bay Beach Hotel to name a few. Having held long term residencies at Deck 23 (Dee Why), the Hold (Manly) and Pontoon (Cockle Bay Wharf), Nieko’s music provides the perfect backdrop to your Sunday afternoon or relaxed function.