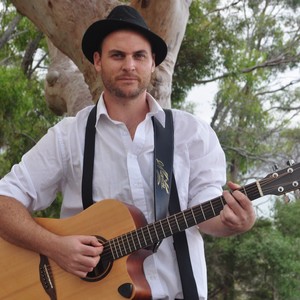 Nathan first picked up an instrument at 16 years of age after receiving a electric guitar as a birthday present. “It felt so comfortable to play & I have been hooked on music ever since.” Nathan continued to develop his playing skills. “Being passionate about music I have was always considered ways to pursue it as a full-time occupation” so when a close friend approached Nathan to join a band he was forming in 2003, he jumped on the opportunity. Developing their playing skills and writing songs along the way, Seraphs song styles ranged from heavy distorted guitars and bass driven songs to soft melodic vocally driven pieces. Although Seraph didn’t work out for the long term, the three years of experience playing shows, rehearsing and songwriting with three other talented musicians gave Nathan a solid musical foundation and a better understanding of what direction he wanted to head with his music.  Book Nathan with Fairplay Entertainment.