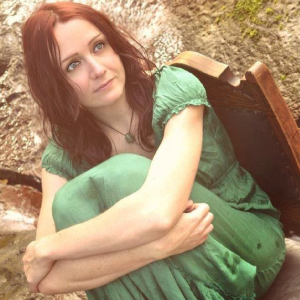 Kristi began her musical journey from the inspired age of nine. It was at this time she started learning one of many instruments to follow; Piano. With a natural gift on the ivory keys, she quickly progressed to guitar at the age of twelve. With a crystal innocent voice she started writing her own compositions from the age of thirteen.

Kristi now lives happily on the Central Coast since moving there in 2003. She has recorded her first EP ‘A little solace’ then formed acoustic trio ‘ish’ with her sister Suzette and Loren Kate. The three successfully toured NSW, ACT, VIC and SA with an EP they were all very proud of. As ‘ish’ they played the 2006 Peats Ridge Festival, alongside Angus and Julia Stone and Tim Freedman. Kristi is in now in the process of recording her debut album.

In every solo performance from Kristi, her flawless vocals and spine tingling melodies will both move and transfix you.