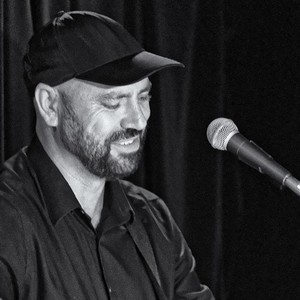 Jay Collie has been performing & composing since the age of 7. After graduating high school in 1991 Jay studied Theatre & Music at Wollongong University graduating with a BCA in 1995 & signed a world wide publishing deal with Sony/ATV Music Publishing in 1999.
Since then Jay has continued to work as a producer, perform live & his writing catalogue includes co-writes with countless artists both in Australia and the U.S. As well as composing for film & television his repertoire also includes pop, rock, country, classical and children’s music.
As a member of the multi-award winning corporate opera ensemble ‘The 3 Waiters’ Jay has performed more than 500 shows in China, the UK, Bali, Australia and New Zealand between 2000 and 2010.
Jay is the Musical Director of the international string ensemble ‘The String Angels’ which has teams based and working full time in Australia and around the world.
As well as composing & recording the themes for The Today Show on Channel 9 and Wild Life Warriors for Channel 10 Jay has also been the Musical Director for the DVD releases of the Australian holiday and travel show Getaway for Sony Music, & the network television children’s shows New MacDonald’s Farm for Channel 9 Toybox & Pipsqueaks for Channel 7.
Jay’s band ‘Jonah’s Road’ have played on Main stage at CMC Rocks the Snowys, CMC Rocks The Hunter, The Gympie Muster, and many other major festivals around the country in the last 10 years. They are 6 time finalists of the International Songwriting Competition, winners of the U.S Independent Music Awards for Best Country Album in 2006 & U.S Independent Music Awards Peoples,Choice Award in 2008 & in the last 4 years have toured with and supported Tim McGraw, Jon English & the legendary Suzy Quatro, among others. Jay also enjoys Producing at his new recording and production facility BellBird Studios.