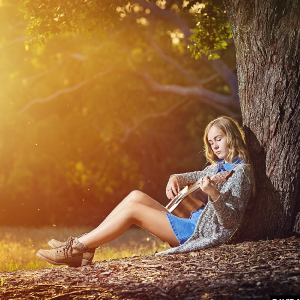 Ella Powell is a local artist to keep an eye on! With a sound influenced by the likes of Ed Sheeran, Taylor Swift and Adele, along with a strong respect for the legendary Eva Cassidy, Ella show’s a maturity in her vocal ability that extends beyond her years.

Ella has been singing since she can remember and learning guitar since she was 10 years old. Most recently Ella has been developing her fingerpicking on the guitar to further diversify her sound, along with her songwriting.  Ella’s live performances showcase a variety of styles and even at such a young age she has been busy on the live circuit – appearing at numerous markets and venues around the Central Coast.

In addition to her busking and live gigs, Ella is also heavily involved in musical theatre and has performed in many shows for the Gosford Musical Society, including Mary Poppins, Annie, Suessical, Narnia and, most recently, Tom Sawyer.

I’ll be there for you – Original

Let It Be – Beatles

One call away – Charlie Puth