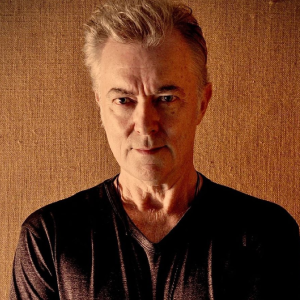 Dexter Moore is an artist of great experience and many dimensions as well as a professional who understands what works and how to deliver that consistently. Dexter plays a nylon string guitar and creates funky beats live to then groove on.

He delivers both originals as well as cover ballads and funkified high energy party grooves this way, and with his own distinct style. Both instrumentaly and vocally, Dexter Moore brings an air of inspiration – this is a lifelong artist who has an outstanding story that includes:

UK tour with AC/DC as lead guitarist in the support band.

Years busking through Europe and living rough on the roads.

Repeat artist on the Midday Show with both Kerrie-Ann Kennerly and Derryn Hinch.

The ‘Mystery Person’ vinyls were pressed in Germany.