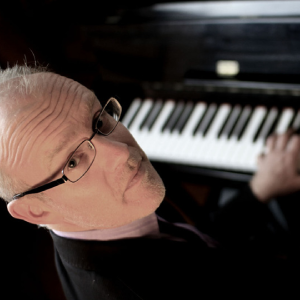 Chris has been playing music since he was five years old and has become one of Sydney’s most dynamic and sought after solo performers. Chris studied Jazz at the Sydney Conservatorium of Music, and has acquired a unique and accessible piano-vocal style suitable for any genre. Incorporating hip renditions of best loved songs from the 40’s to the 00’s, Chris has an act that is sure to impress even the most discerning of listeners.
Over the past 20 years Chris has performed in a wide range of venues and countries. From 5 star hotels and piano-bars throughout Europe and Asia to venues in Australia including Star City Casino, Melbourne Crowne Casino, Sydney Opera House, and The Famous Spiegel Tent.
For the last 5 years, along with performing solo, duo, and with a band in Sydney, Chris was also Keyboardist for Peter Byrne in his show Forever Diamond and Concert Pianist for the Hot August Night tribute which was performed across Australia with the Sydney International Orchestra.
For Sydney Festival, Chris helped to conceive the music for “Smoke and Mirrors” starring iOTA, for which he won a Helpmann Award.
For Smoke and Mirrors Chris performed in the Famous Spiegel Tent Sydney Festival 2010/11, Adelaide Cabaret Festival 2010, Edinburgh fringe festival 2010, along with Melbourne, Auckland and a return Sydney season at the Seymore Centre in 2011.
Chris is an extremely versatile songwriter singer and piano player with a vibe that’s guaranteed to get you feeling good.