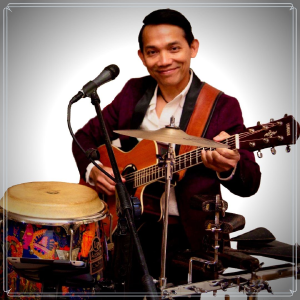 Budi Boné (Boody Boné) was born in Indonesia and growing up in Bali. Learned to sing from a professional vocal coach at church choir he developed his singing and musical talent. Budi became a professional singer in 1990 and performed in many five star hotels in Bali. As a professional musician in a famous International tourist destination island, Budi has learned many different music styles and songs in different eras.

Budi plays various music styles e.g. country, reggae, pop, rock and roll, alternative, jazz, R&B from the 60’s up to the current top ’40 hits. His huge music repertoire and ability to read the crowd make his show suitable for all generations.

He moved with his family to Terrigal, Central Coast NSW, Australia in April 2005.
Budi has been playing live music for more than 15 years and plays for audiences at Restaurants, Pubs, Hotels, and International Events in Bali, Central Coast, Hunter Valley, and Sydney Australia. Besides performed regularly at gigs, he also performed at many private functions.