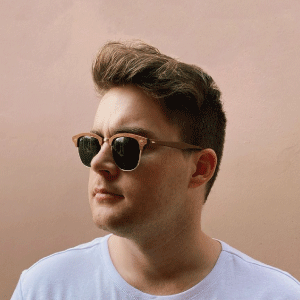 Bryce Sainty is a country pop artist from the East Coast of Australia and it’s safe to say that 2019 has been a standout year so far… Kicking off the year following his 2018 success with “Eleven Eleven” (co written with #1 US artist Morgan Evans) and “Something I Want” (Mixed and Mastered by Jeff Balding – Florida Georgia Line, Keith Urban, Taylor Swift) Bryce performed at the Tamworth CMF on the Main Stage as part of the huge “Live and Loud” concert. Bryce then released his breakout single “Never Going Back” which has been streamed over 180,000 times, reached the top 50 on The Music Network Country Chart, Top 5 on The KIX Radio Network Chart and was featured in the “3 Of The Best” from The Wolf Australia. Following the success of “Never Going Back”, Bryce released a digital only single called “Table For Two” (co-written with Melanie Dyer and Kaylens Rain member Glen Harrison) and already it has been streamed over 200,000 times. Bryce is also a songwriter and has been traveling back and forth to Nashville for the past 5 years.
In that time Bryce has worked with some of Nashville’s top publishers and writers as well as performed at some of the most iconic songwriting venues including The Bluebird Cafe and The Listening Room. To cap off what has been a truly unbelievable year, Bryce released what is arguably his best single to date “Goodbye”. Co-written with US songwriter Chris Yarber this is an upbeat, energetic, fresh summer hit gaining 200,000 streams in just over 2 months. Listed as an artist to watch but Spotify on The Music Network, if 2019 is any indicator of where Bryce is heading then just wait for what he has planned in 2020.

Your Body Is A Wonderland

When you say nothing at all

Message In A Bottle

Slow Dancing In a Burning Room

Man in the mirror

Waiting on the world to change

Love without a doubt

Just The Way You Are

I Don’t Wanna Be

Shut Up And Dance

Some Days you Gotta Dance

You shook me all night long