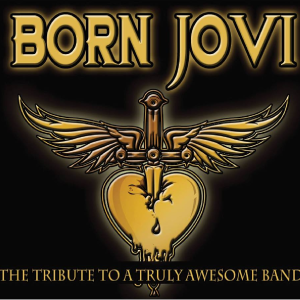 The idea was to recreate a Bon Jovi concert, not just any Bon Jovi concert, but one that encapsulated every magic moment that has stayed with us from the extraordinary career of this unique band. The cast were chosen and we began the task of locating every piece of audio and visual history that would give us a glimpse into the magic and mystery of this legendary rock band.

Rehearsals went into overtime and songs were celebrated and rediscovered. Lightshows, sound and costumes were designed in an attempt to recreate the energy, chemistry between the five boys from Jersey.

The production began touring and soon redefined what was thought possible of so called “tribute bands”. This was much more… a reproduction that placed the audience in the middle of a fantasy Bon Jovi concert, that converted the non-believers and enraptured the fans worldwide.

It seems that the Bon Jovi fever is as ripe as ever, especially with Bon Jovi’s new hit album “The Circle”, not to mention their huge list of hits spanning three decades. For many, Bon Jovi was part of their youth, and still remains one of the biggest bands in the history of rock and roll.