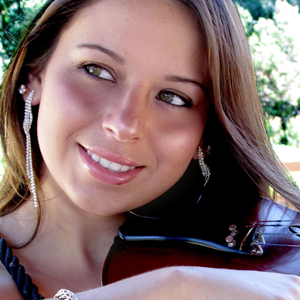 Amba Mercuri is a passionate, young vocalist and violinist from the Central Coast, NSW who loves to create cool and creative music using her variety of instrumental skills. She has been classically trained on the violin and viola with years of experience in performance. Amba started singing in July 2015 and recording in late 2015 beginning with a range of covers of her favourite songs. She is now currently working on her own album behind the scenes with a selection of originals spreading across all genres including pop, dance, tropical house and contemporary.

Amba has had the privilege to be able to perform internationally in Indonesia, New Zealand and New Caledonia. Some of her highlights of recent is featuring on the Bravo 2015 cruise, performing as part of the backup orchestral section for Rod Stewart in concert in the Hunter Valley, playing as support act for Jessica Mauboy in Sydney, delighting audiences at the opening of the new Christchurch airport terminal and charming crowds in Bali, Indonesia.
In 2014 Amba entered and successfully won a spot on the Coast Sessions Album with her original song “Repeat” along with other established and upcoming local artists from the Central Coast. Amba has recorded and featured in vocals and violin/viola on several albums and played in numerous weddings and corporate functions all over Australia.
She is now planning to entertain locally, bringing her love for music to her hometown in NSW. You will be amazed at how this one individual is able to captivate and entertain a crowd with such integrity. She strives to be professional and personable throughout each performance, letting her cheerful and loveable demeanour show through her playing and singing. Despite being a soloist her shows achieve a full sound as if she were a 5 piece band. Her catchy covers and original pieces are guaranteed to have the audience clapping, tapping and/or singing along.