A Tribute to Pearl Jam and Powderfinger 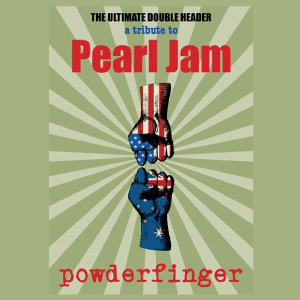 About A Tribute to Pearl Jam and Powderfinger

In the early 90’s Grunge music took the world by storm and is still loved by millions of people around the world. During this time, two bands started to make a name for themselves, Powderfinger in Australia took the country by storm with their album “Double Allergic” released in 1996 whilst Pearl Jam took the world by storm with their albums “Ten”, “Vs”and “Vitalogy”. Put these two bands together and you have one mighty Tribute Show!

Introducing the Powderfinger and Pearl Jam Tribute show performing all of the hits from both bands. Powderfinger songs performed include “These Days” “Baby I’ve Got you On My Mind”, “Passenger” and “Sunsets” as well as songs from Pearl Jam including “Jeremy”, “Alive”, “Even Flow” and “Black”. The tribute show includes members Jason Hicks (Vocals/guitar), Troy Henderson (Bass and backing vocals), Trent Crawford (lead guitars), Giles Keane (rhythm guitar) and Adrian Gallace (Drums) all successful artists in their own right performing in bands After The Fall, One Dollar Short, Field Day and Jaywalker.

Promises to be one almighty night of Rock wherever the band plays!