In just over 2 years, the once whispered name, “Whiskey Business”, that circulated amongst fans of the Tamworth Country Music Festival in 2016, has turned into a roar. Punters curious enough to see what all the fuss was about in 2017, walked away talking about the energetic stage presence and “those harmonies”. The Rock infused attitude in the music has certainly turned modern day country music sceptics into believers, but they still deliver the traditional modern country vibe in spades.

Consider them an offspring of Lady Antebellum, Keith Urban and Gretchen Wilson. With a diverse blend of individual influences, the chemistry created, once on stage, spreads infectiously into a “Good Kinda Crazy” crowd. Humble offstage, a strong social media fan presence and a desire to step up to the next level, Whiskey Business are being talked about for all the right reasons. Ones to watch!!

After the success of their first big Tamworth Country Music Festival and trip to Tasmania to headline the Indoor Country Music Jamboree, bookings for awesome venues such as the Kinross Woodshed in Albury and The Poweranch, Trafalgar in Vic, Caloundra and the Ballina Country Music Festival…..but wait theres more…and the recent release of their Debut charting Radio Single “For So Long” and Video Clip and EP…..the next 12 months are expected to be hugely successful for this awesome band.

A Collaboration of Anita Tresidder on Lead Vocals/Percussion, Lennie Edgerton on Lead Guitar and Vocals, Nicole Keipert (Niksta) on Acoustic Guitar & Vocals, Ian Tresidder on Bass Guitar and now with the fabulous Adam Harris (previously of the The Crawford Brothers) on Drums, is proving to be extremely successful.

At times this band combine their voices to bring you 3 Part Harmonies that will put them a notch above the rest in their live performances. 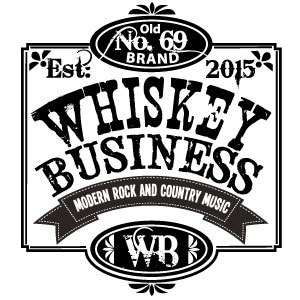