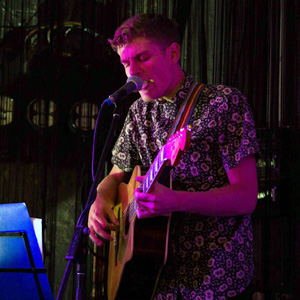 Nicholas Goder is a 21 year old singer/ songwriter based on the Central Coast of NSW. Growing up around music Nick picked up the guitar at an early age and began singing soon after. Playing all the way through school his love for music lead him to study at JMC Academy in Sydney after completing the HSC. Here Nick had the opportunity to study under Rick Grossman from the Divinyls and Hodoo Gurus as well as Branko Pezo and Tony Cvetovski, and began to immerse himself into the Sydney music scene.

Since graduating with a Bachelor of Music in 2014 Nick has been busy writing, playing and teaching music. Establishing a name for himself in Sydney, Newcastle and the Central Coast Nick has had the opportunity to play at Reunion Festival, Lizottes, Six String Brewery, Unwind Bar Lane Cove and many local pubs and clubs as well as weddings and private functions.