Grace Fuller is a singer/songwriter and multi-instrumentalist based in Sydney. Since her first solo gig in May 2014, Grace has played to crowds of over 80,000 people, gained residencies at some of Sydney’s finest venues, and now works for some of Sydney’s biggest booking agencies and production companies. Grace has shared the stage with artists; Dragon, Hot Potato Band, Larissa McKay, The Sea Gypsies, Kim Killspeed and Earth Walk.

Grace’s vocal style is a mix of folk/pop. When gigging and performing, Grace performs a range of different genres, adjusting repertoire according to the audience. Grace began writing songs in 2013, creating inspirational and relatable lyrics, accompanied by simple yet catchy melodic lines. Grace’s versatility allows her to perform all genres of music, ranging from contemporary to top 40 hits, classic rock hits to indie folk tunes. Not only does Grace perform at various clubs and pubs, she also performs for corporate and private functions, including weddings and parties. She has performed as a solo artist, featured in duo’s and full bands, providing her own professional setup when needed. Grace has completed her studies at JMC Academy,  and is now aiming to move onto bigger shows, performing as a solo artist for cruise lines. 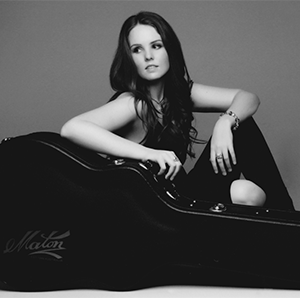