Dominique Morgan is an inimitable solo artist from Sydney Australia. Embellishing her expressive vocals and sassy tunes she creates an eclectic style including soul, funk, jazz and pop.  Having kicked off 2018 by playing at Mountain Sounds Festival February 16th in Sydney Australia with her 8-piece band, Dominique has since played a string of solo and band gigs on tour for the release of her mini EP ‘What you do’ and has recently moved to the UK to expand and pursue her music career on a more adventurous scale.

in 2017, Dominique had the opportunity to perform at what she feels has been the biggest show of her career so far. She graciously supported Australian Icon, Glenn Shorrock (Little river band) for a secret show at Peats Bite Hawkesbury River, just north of Sydney. Early 2017, she also supported another Aussie legend, Ian Moss (Cold Chisel) with the Fields Project at Lizottes Newcastle, NSW Australia.

Playing at many venues across NSW and VIC Dominique has pleased and amazed many crowds of all ages performing at venues such as The Tangle wood music festival VIC 2016, The Byron Bay Beach Hotel supporting US artist Dustin Thomas, The Treetops Retreat Avoca supporting Powder finger member Darren Middleton, Lizottes venues as well as local festivals such as Mountain Sounds 2014 and the annual 5 Lands-Walk on the Central Coast 2014/2015.

Dominique is inspired by classic artists such as, Stevie Wonder, Michael Jackson, Ella Fitzgerald and modern artists like Amy Winehouse, Leon Bridges and Vulfpeck. Through her music, Dominique’s objective is to make herself and other people feel good, to dance and forget about life for a while.

This yoga practicing, music loving, vegan musician has no signs of slowing down!

Ain’t got that swing (Ella Fitzgerald)

Bright side of the road (Van Morrison)

Can’t feel my face (The Weeknd)

Come together (The Beatles)

Diamonds on the soles of her shoes (P.S)

Fall at your feet (Crowded house)

Give me one reason (Tracey Chapman)

I’ll get along (Michael Kiwanuka)

If you want me to stay (Sly Stone)

Life in the fast lane- (The Eagles)

No woman no cry (Bob Marley)

Shape of you (Ed Sheeran) (MASHUP)

Stuck in the middle with you (Stealers Wheel)

Stand by me (Ben E King)

Your body is a wonderland- (John Mayer)

You can call me Al (Paul Simon) 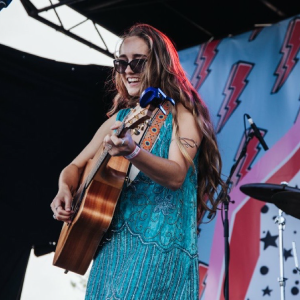