On The Line – Darren Rolling Keys 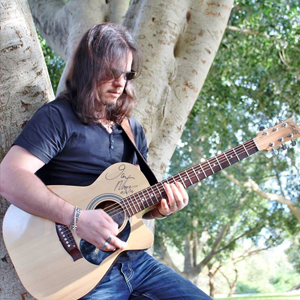 Darren Rolling Keys is a Central Coast singer – songwriter specialising in Classic Rock as a songwriter Darren draws inspiration from every emotion around him and his originals also reflect his love for his favorite genre.

Darren has been playing keyboard since the age of 5 and soon after picked up a guitar, he discovered his incredible soaring voice at the age of 14 and hasn’t stopped singing since, Darren’s vocal range makes him extremely versatile performing covers such as John Lennon’s Imagine, James Morrison’s You Give Me Something or Eric Clapton Tears In Heaven with his own unique touch to singing Road House Blues by The Doors to Bon Scott’s Long Way To The Top and TNT sounding Incredibly like the original artists.

Darren captivates his audience from his first song making heads turn as soon as he starts singing until his last song where his audience want one more song to dance to …..He enjoys his audience and can hold a crowd wherever he plays. he performs solo around the Central Coast, Sydney and the upper Hunter Valley at pubs and clubs  weddings and private functions  and has return bookings at venues he performs with great testimonials from all patrons.  Darren also has performed his originals at Lizottes Central Coast , The Wharf At Wagstaffe,  The Australian Steak House and the Avoca Beach Markets and is regularly asked back to play and chat with Ossie and friends  Radio Station 97.3 Lake Macquarie FM and has been on 104.5 Star Fm to have a chat about what he has been up to and sing a few classic rock covers.

Darren has also performed in Classic Rock Bands as well as an Originals Band, these days Darren prefers to perform mainly solo and in his  Duo ”The Darren Rolling Keys Duo”  he performs with several duo partners.

Darren is a vocal and Piano Teacher.